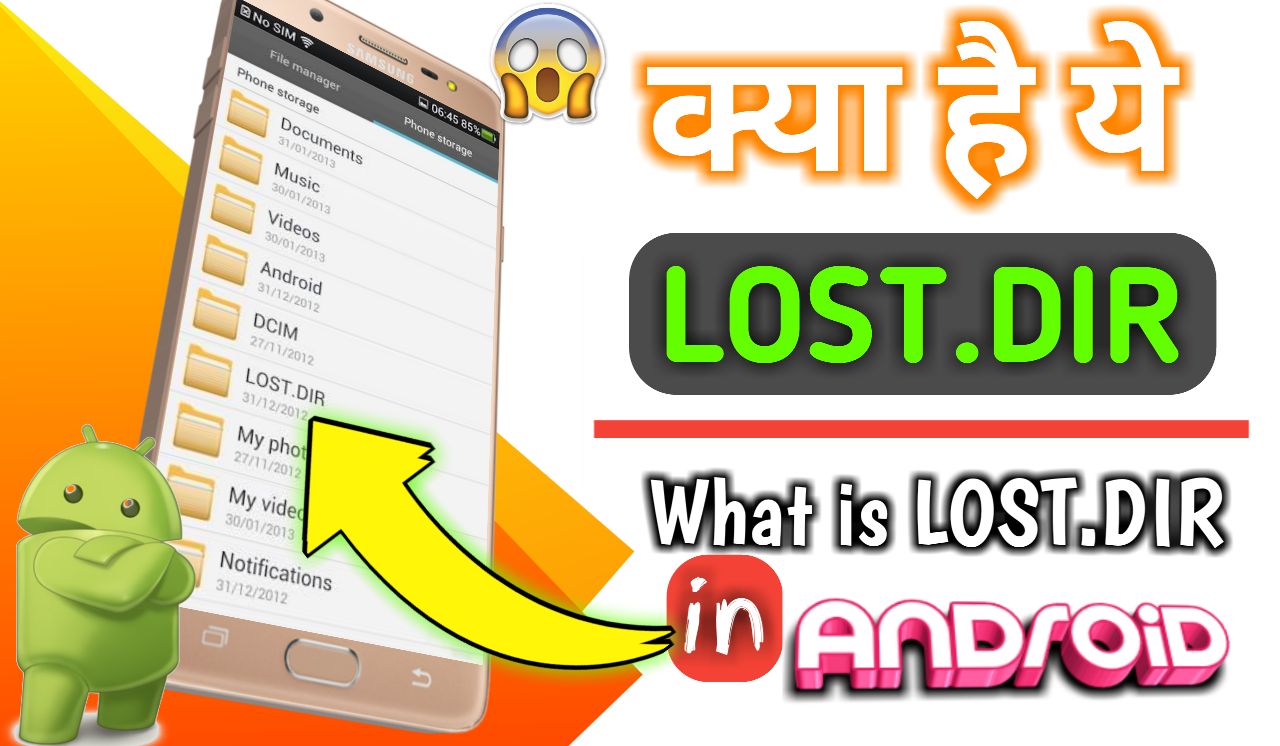 What is the folder for?

There is no application named LOST.DIR installed on your device.

What file it stores?

What happened if I delete LOST.DIR folder?

How to recover lost .dir files for free?

It’s not an easy job to recover the lost files from LOST.DIR just like you do from Windows Recycle Bin.

you see some issues in finding the important files that you want to recover since the files in LOST.DIR are named with random numbers instead of the original names they were given.

EaseUS Data Recovery Wizard can well solve this problem easily by offering a full recovery of your files and folder structure.

A Step by step guide to perform lost .dir recovery:

Connect the external sd card of your Android to a computer.

Step 2. Select the disk from which you want to recover data.

Step 3. Click “Scan” to search for all the lost data on the disk.

Step 4. A quick scan will run first. Then a deep scan will automatically launch.

Step 5. After the scan, choose the lost data found by this recovery tool and click “Recover” button to retrieve them back.

1 thought on “What is LOST.DIR”