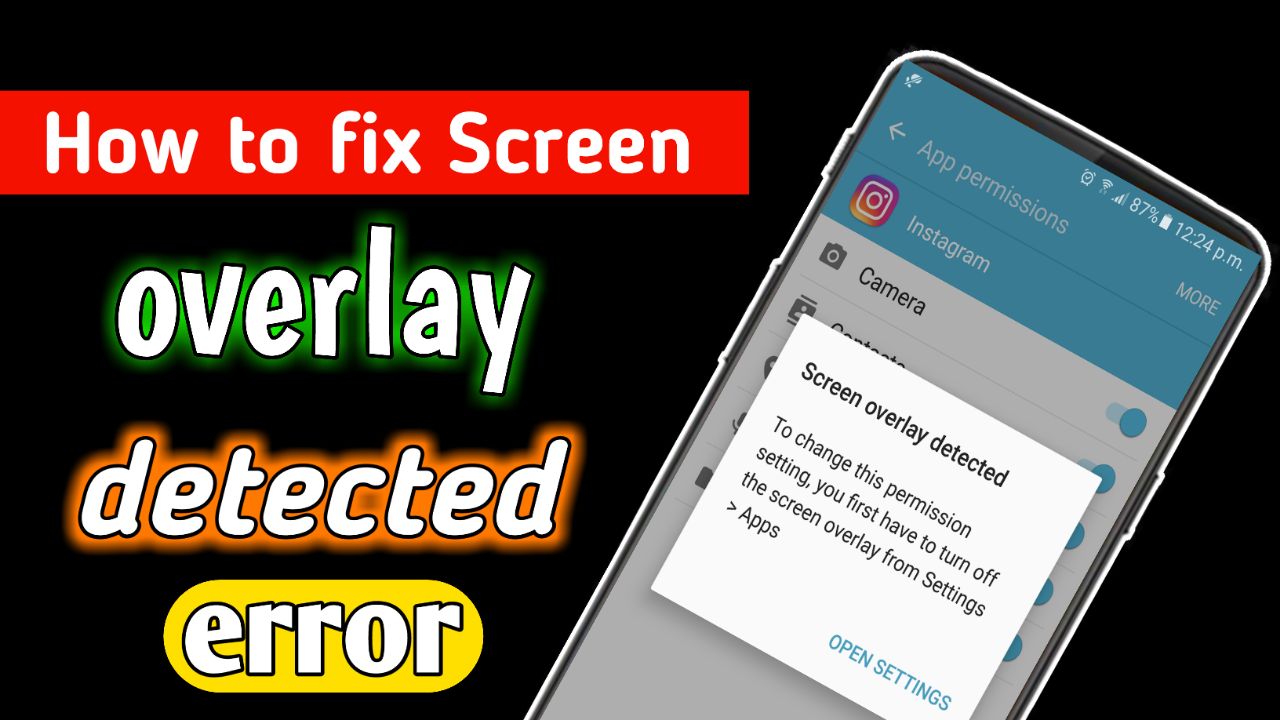 Here we will study How to fix Screen overlay detected error.

This message show when you’re running a floating app and then start another installed app  which requests access rights.

Floating apps include the chat heads of Facebook Messenger that can appear floating above other apps.

Usersworldwide on the internet reported  this problem Screen Overlay Detected appears on all Android devices which are upgraded to Android Marshmallow.

youmay face this  problem using Drupe, but ES File Explorer, CleanMaster, Lux and Twilight have all been blamed for the problem.

Apps ask for permission to use certain parts of your phone (internal storage, camera, etc.).

Check you what apps have permission to draw over the screen. On a non-Samsung smartphone, follow these steps:

Now you have successfully disabled Screen Overlay of all apps. You will never see the again but if you are a Samsung phone user.

List of Apps Which are Causing Screen Overlay Detected issue on Android Device:

How to become paytm kyc agent